THE MIGHTY MINIBIKE: Making big waves on the automobilia scene 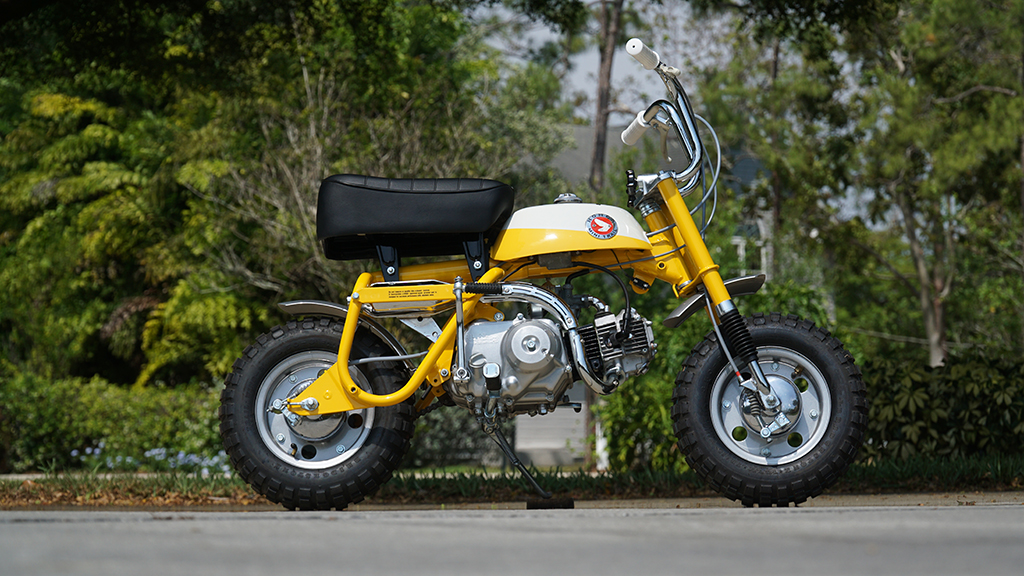 A first ride on a minibike was somewhat a rite of passage back in the ’60s and ’70s. How many of us remember, as a wide-eyed youngster of 10, maybe 12 years, feeling that nervous energy as you headed out for that virgin roll on something with two wheels and an engine? Next thing you knew, you and your buddies were building rickety ramps with bricks and plywood to use as a launch pad, and you were off – perhaps the first step on the road to dirt bikes and street machines. 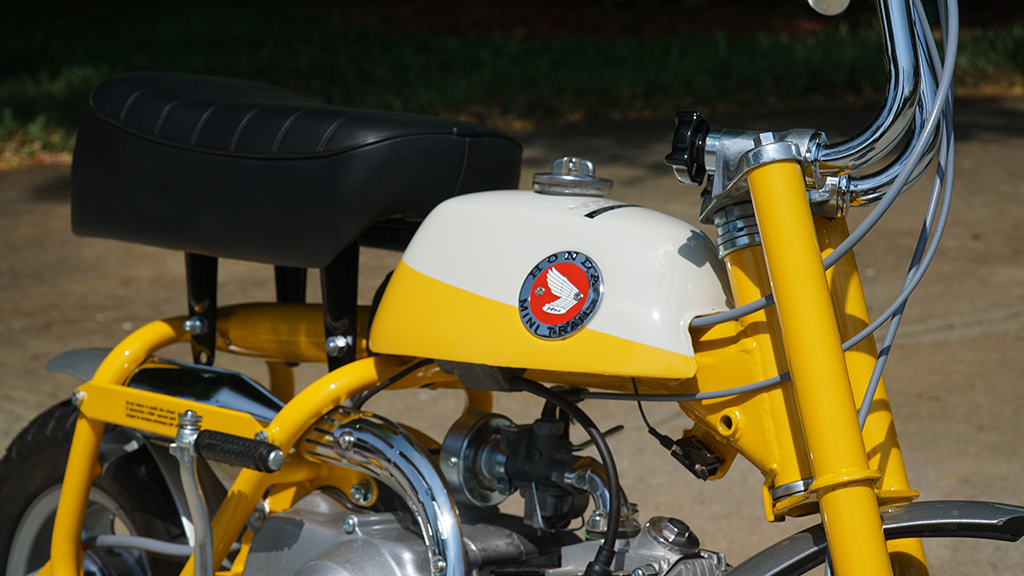 But it’s that first minibike that brings back the memories. “So many collectors remember the kid next door having one, or their best friend,” says Barrett-Jackson Automobilia Director Rory Brinkman. “Or maybe they were one of the lucky ones who did have one, bombing down the driveway or street, the envy of their neighborhood.”

Like go-karts, minibikes in the 1950s were put together by enthusiasts from spare parts found in their garages. It is thought they were first popularly used as “pit bikes” for drag racers to travel in the pits during races in that era. By 1967, the June issue of Popular Mechanics even included plans to build one of your own – all you needed was a lawnmower engine and a neighbor with a welding torch! 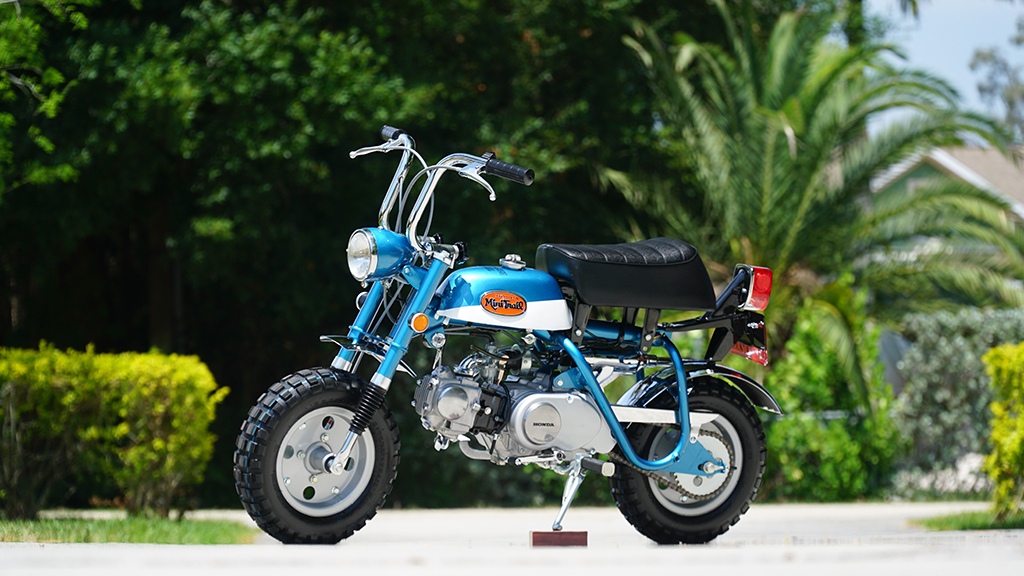 Lot #6290 in the upcoming Online Only Auction is a beautifully restored 1971 Honda Z50 K2 minibike.

The heyday of the minibike in America was from the late 1960s to the early 1970s, with cottage and major industries initially stepping up to meet the demand. You’d often find a line of minibikes at lawnmower shops.

The first traditional motorcycle manufacturer to really jump on the minibike train was Honda, who launched their Z-series with a model originally produced as a children’s ride at a Japanese amusement park. Eventually that was refined and put into mass production, hitting the European market in 1967. It was the Honda Z50 – with its 49cc engine and 5-inch wheels – that really caught on, with the first imports coming to the U.S. in 1968.

Models in Honda’s Z-series were officially designated as the Z50A, Z50J, Z50M, Z50R and ZB50 – but collectively they became known as “Monkey” or “Gorilla” bikes because of the way people are said to look when riding one! 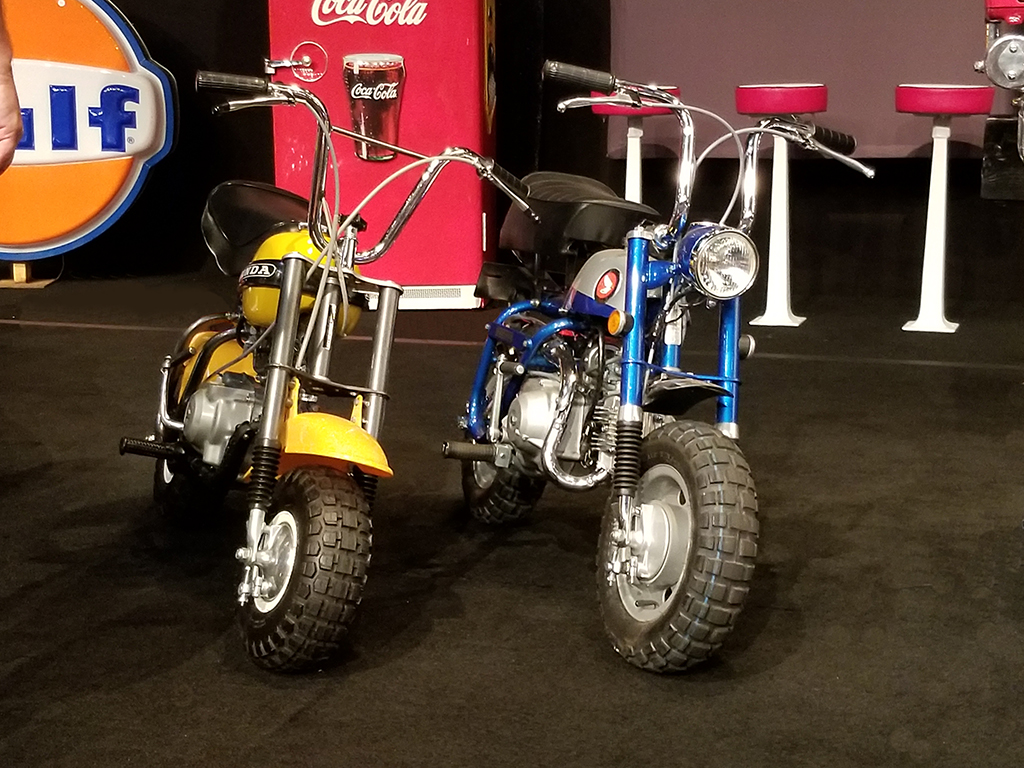 The cool little four-strokes are high on the list of collectibles these days and considered well worth buying, restoring, riding and owning. Just how collectible? Well, three examples (two from 1969 and one from 1970) that had their turn on the Barrett-Jackson auction block in 2019 each brought in $11,500.

The Automobilia Auction features more than 250 pristine and authentic pieces of our past, including a number of items specially curated from the respected Nicodemus Collection, most offered with No Reserve.